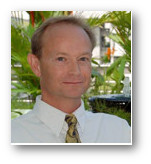 Dr Richard D. Webster has been in the Division of Chemistry and Biological Chemistry (School of Physical and Mathematical Sciences) since 2006. He received his BSc degree in Chemistry/Geology from the University of Auckland (New Zealand), and BSc (Hons) and PhD degrees from La Trobe University (Melbourne, Australia). After finishing his PhD, Dr Webster received a Ramsay Memorial Fellowship and conducted research in the Physical and Theoretical Chemistry Laboratory at the University of Oxford. Immediately prior to joining NTU, he worked as a Queen Elizabeth II Fellow in the Research School of Chemistry at the Australian National University. His research interests include Analytical Chemistry and Electrochemistry and he is the author of over 100 publications in international journals of Chemistry. He is a regular reviewer for a number of Chemistry journals and is a member of the American Chemical Society, the Electrochemical Society and the International Society of Electrochemistry.

Molecular Electrochemistry: The research incorporates many areas of chemistry including analytical, physical, biological and synthetic (organic and inorganic). When molecules in solution are exposed to a positive or negative potential (voltage) at an electrode surface, they can be made to lose (be oxidised) or to gain (be reduced) an electron or electrons. In inorganic systems, the gain or loss of electrons can produce metal ions in unusual oxidation states while in organic systems, the gain or loss of electrons often produces reactive intermediates such as radicals.

Our research focuses on understanding electron transfer reactions that occur in biological systems; currently we are examining vitamin E, vitamin K and a number of coenzymes. The research uses a range of analytical techniques such as; electrochemical methods, vibrational spectroscopy (FTIR and Raman), UV-vis-NIR spectroscopy, electron paramagnetic resonance (EPR) spectroscopy and nuclear magnetic resonance (NMR) spectroscopy. Special cells have been constructed to enable reactions to be studied under ultra-dry conditions at various temperatures as well as in aqueous solutions.