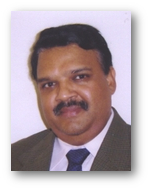 He joined the Department of Electrical and Computer Engineering at the National University of Singapore as a Lecturer in 1992. He is currently serving as an Associate Professor. He has served as Director (Education) at the Design Technology Institute, a joint-venture between NUS and TU/e, The Netherlands and funded by EDB, Singapore. He has served as the Group Head of the Drives, Power and Control Group from 2007-2009. He was appointed as Area Director, Power & Energy Research Group of the Department of Electrical & Computer Engineering at NUS in January 2010.