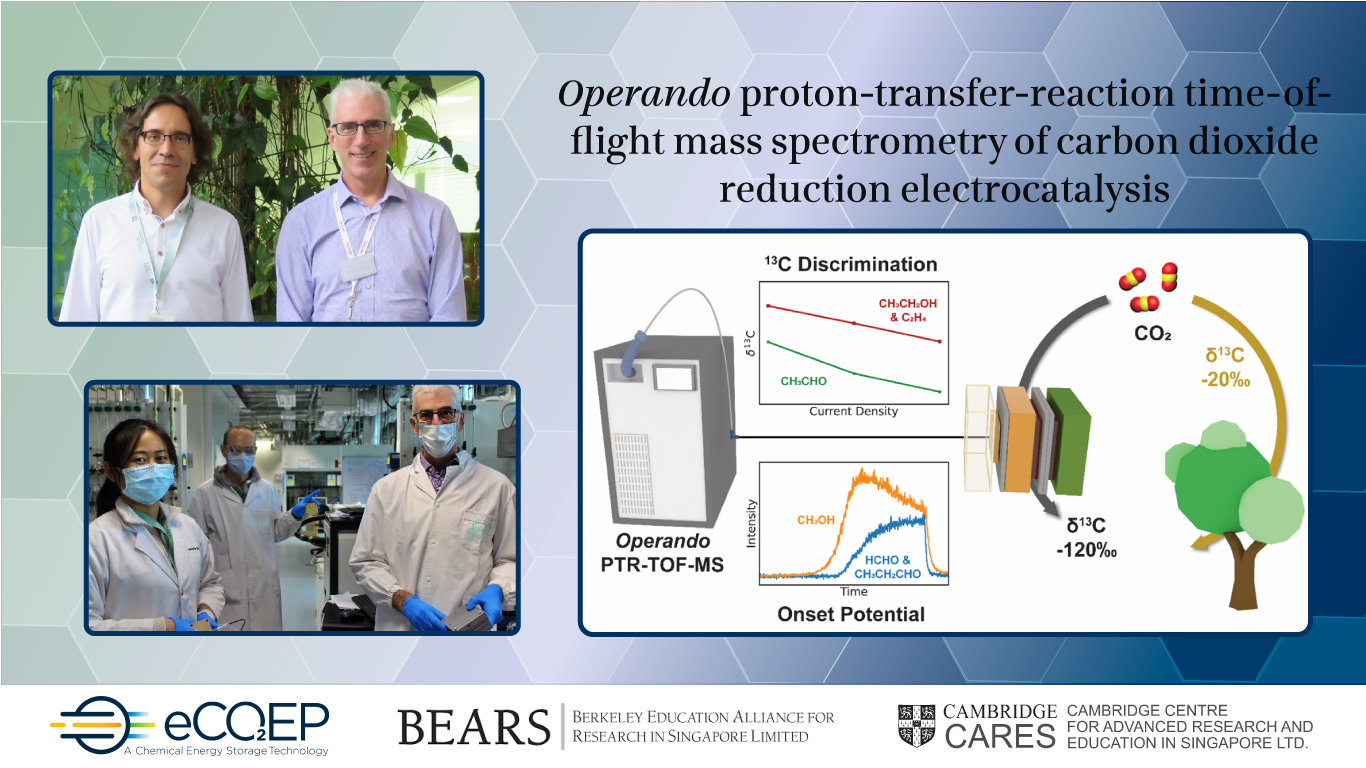 When eCO2EP: A chemical energy storage technology started in 2018, the objective was to develop ways of converting carbon dioxide emitted as part of the industrial process into useful compounds. This process is formally known as electrochemical CO2 reduction (eCO2R).

While eCO2R is not a new technique, the challenge has always been the inability to control the distribution of products formed. A new CARES-affiliated paper in Nature Catalysis outlines how carbon isotopes were used to trace intermediates during eCO2R, thereby shedding light on the complex formation pathways for the desired products.

This will allow researchers to create more selective catalysts, exert control over product selectivity, and promote eCO2R as a more promising production method for chemicals and fuels in the low-carbon economy.

The Cambridge and Berkeley connection

The Principal Investigators for the project were Prof Alexei Lapkin, from Cambridge’s Centre for Advanced Research and Education in Singapore (CARES Ltd), and Prof Joel Ager, from the Berkeley Education Alliance for Research in Singapore (BEARS Ltd).

Both organisations are part of the Campus for Research Excellence and Technological Enterprise (CREATE) funded by Singapore’s National Research Foundation; CREATE became the crucial link to conceive and execute the three-year eCO2EP programme. While the project successfully completed in June 2021, ongoing research outcomes such as this paper continue to highlight the project’s impact.

Prof Lapkin adds, “The set-up of the project within CREATE Campus allowed Joel and I to create an environment of creativity and ambition, to enable the researchers to excel and to target the really complex and interesting problems.”

The inspiration for the project

In the 1950s, Melvin Calvin (a professor at Berkeley) deduced the elementary steps used in Nature to fix carbon dioxide in photosynthesis. Calvin and his colleagues used a radioactive form of carbon as a tracer to learn the order in which intermediates appeared in the cycle now named after him (Calvin won the Nobel Prize in Chemistry in 1961 for this work).

The eCO2EP team reasoned that with a sufficiently sensitive mass spectrometer, they could use the small differences in reaction rates associated with the two stable isotopes of carbon, carbon-12 and carbon-13, to perform similar types of analyses.

Firstly, a mixture of products was generated by a prototype reactor that was built to operate under industrially-relevant conditions. In order to detect both major and minor products in real-time as the operating conditions were changed, high-sensitivity mass spectrometry was used.

As high-sensitivity mass spectrometry is more commonly used in biological and atmospheric sciences, Research Fellows Dr Mikhail Kovalev and Dr Hangjuan Ren had to adapt the technique to the prototype system. They developed a new methodology to directly sample the reaction environment with unprecedented sensitivity and time response. They used the difference in reaction rates of carbon-12 and carbon-13 to group a product such as ethanol and its major intermediates sharing the same pathway, to deduce key relationships in the chemical network. This led to several discoveries.

The first discovery is that the mechanism in reactors being scaled up to commercial size has substantial differences compared to what had previously been known in smaller reactors operating at lower conversions. This knowledge will enable researchers to better control product selectivity.

The second discovery is that the discrimination against the heavier of the two stable carbon isotopes, i.e., carbon-13, is five times larger than that in natural photosynthesis. This is inspiring efforts in Prof Ager’s lab to better understand fundamental physics and its chemical origins of this large and unanticipated kinetic isotope effect.

The video shows the table-top CO2 electrolyser developed by the CO2EP team.

This research provides insight into how the chemical industry, which is the third largest subsector in terms of direct CO2 emissions [1], can recycle its own waste within current manufacturing processes.

Prof Lapkin adds, “The operando monitoring of multiple species in such a complex reaction is, by itself, a significant breakthrough by the team. But the ability to further dig into the mechanism by exploring the isotope enrichment effect has made all the difference.”

An international patent application has been filed on the large carbon isotope discrimination effect that was discovered in the project.

Prof Ager concludes, “This work required an interdisciplinary approach drawing on expertise from both Cambridge and Berkeley. CREATE campus provided an ideal environment to realise this collaborative research with a skilled and motivated team.”

The paper related to this research is “Operando proton-transfer-reaction time-of-flight mass spectrometry of carbon dioxide reduction electrocatalysis” (DOI: 10.1038/s41929-022-00891-3) published in Nature Catalysis. First-author Dr Hangjuan Ren has also contributed a “Behind the Paper” piece on this research for the Nature Portfolio Chemistry Community.

The eCO2EP project was funded by the National Research Foundation, Prime Minister’s Office, Singapore under its Campus for Research Excellence and Technological Enterprise (CREATE) programme. 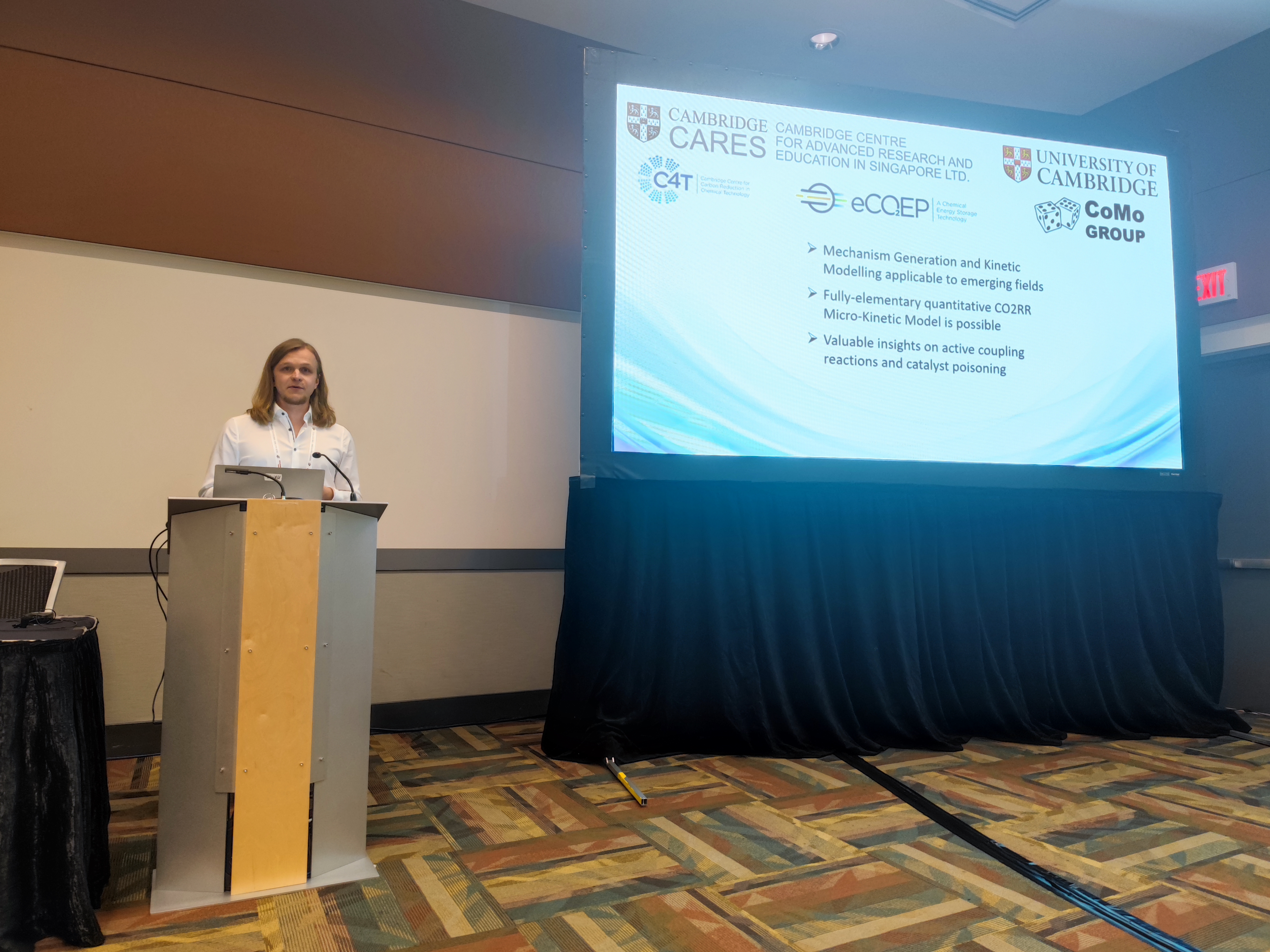 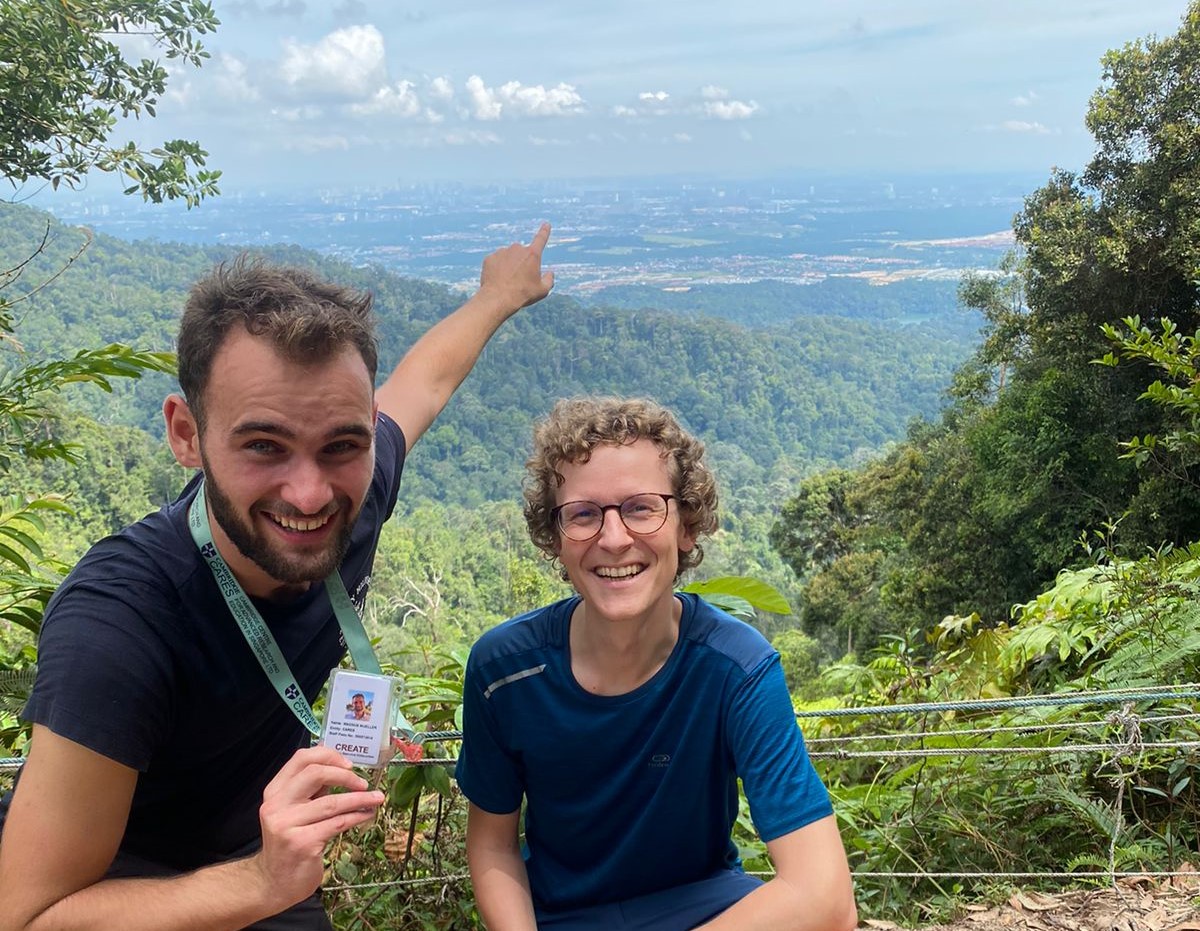